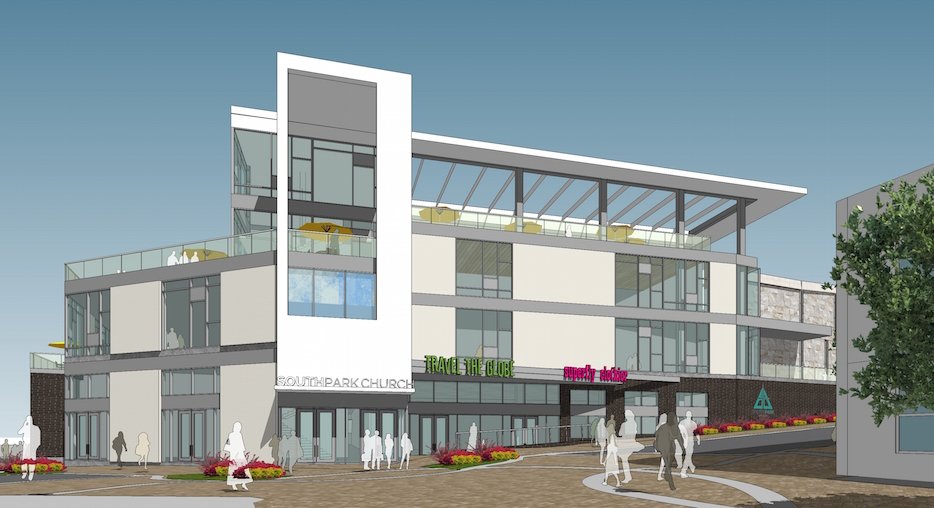 Sharon United Methodist Church was originally constructed in the mid-1960s, five miles south of downtown Charlotte, N.C., in an area called SouthPark. The building was considered a landmark in the area, and was known for its distinctive “ski slope’ shaped roof.

“When it was built, nothing was there and the city grew up around them,” says Stephen Pickard, principal at GFF Inc., an architectural firm in Dallas that was recently hired to transition the church into a new building. “They are across the street from the SouthPark Mall; there’s a vibrant business scene and plenty of residential, and its land has increased in value significantly over time.” GFF worked alongside consultant Cool Solutions Group of Charlotte on the project.