A Resurrection on Sharon: Inside SouthPark Church’s Transformation 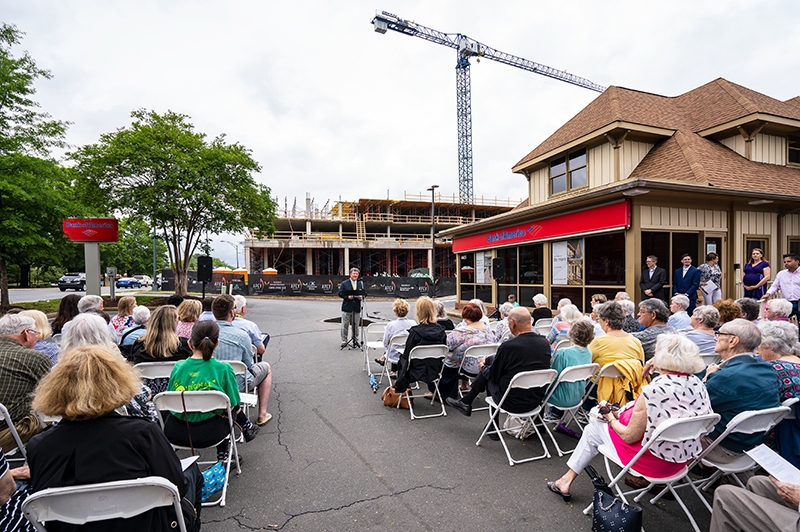 Faced with dwindling membership in one of the city’s fastest-growing neighborhoods, a south Charlotte church changed its name, sold its land, and tore down its iconic steeple. The audacious plan divided families and drove away a fourth of the congregation. But could it become a model for the modern church?

The church put out a request for proposals from developers, which caught the attention of Chris Thomas, a partner at Childress Klein who has lived in the SouthPark area most of his life and whose own faith drew him to the church’s project. “I’m a believer, and I believe that (this vision) was inspired. I don’t know how else to put it,” he says.

Childress Klein had no presence in SouthPark, and this project offered an opportunity to drive its first project there deep into the submarket. “It is terrific real estate on arguably one of the two most significant intersections in SouthPark,” Thomas says. But his own faith was instructive; the “highest and best use” that urban planners, architects, and developers like to talk about took on an entirely different meaning in the context of this project. “We need the faith community to remain a part of our communities,” Thomas says. “This was an opportunity to do something special for this church.”

Instead of the 700 people a week, roughly 12,000 people will pass through the property when Apex SouthPark is finished by early 2021. “Any church’s success is a function of its ability to have people on its campus more hours of the week, more days of the week,” Thomas says. “The old campus of Sharon Methodist was not conducive to that.”

You can read the full article here.